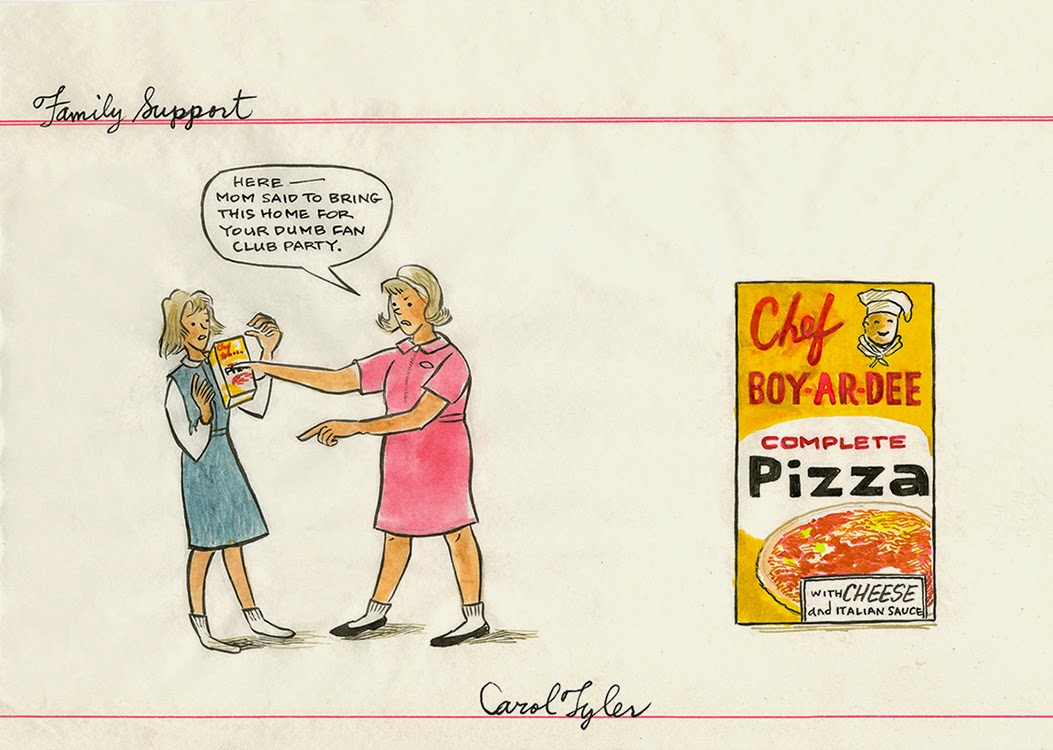 In August 1965, I saw the Beatles in Chicago and kept a journal of the events in the week leading up to it. So now, 50 years later, I am channelling my inner 13 year-old-girl self and writing and drawing about life in the slow lane leading up to the concert. It is a blog-to-become-a-book project.

Back then, I was living with my family in Ingleside, Illinois, going to Catholic school and living through a cultural phenomenon. You just have to tune in to my site: fab4mania.blogspot.com

It's trippy, focusing in on this narrow little window of time. I can't believe how much music the Beatles bashed out, and how terrific the whole pop music world was at that time. Prolific era! Half of the American Songbook, it seems.

And it's weird being 13 again, but at the same time, delightful to be free of the big troubles of life, and completely blind (thankfully) to the travails of the future. Future triumphs, new people, world changes - that can all wait until after Labor Day, 2015, when the blog will be complete. Then it'll become a book.

So for now, turn your dial to fab4mania.blogspot.com. Like F4M on FB, and by all means, go listen to the Beatles!

Jim Tyler, my Man of the Year 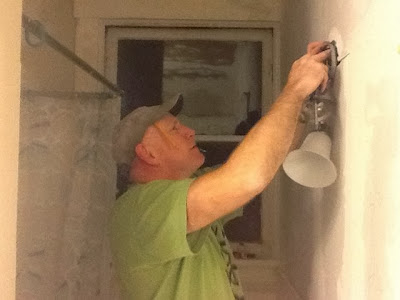 Posted by Carol Tyler at 1:47 PM No comments:

Found this while helping my sister clean out her house.

This is in Wisconsin somewhere. My beautiful sister holding baby Joy, circa 1980. Harry her husband is next to her holding Case, her son (you can just see his arm) . Mother Teresa turned to greet them, and as the photographer snapped the picture, Joy reached up to pull at her scarf. 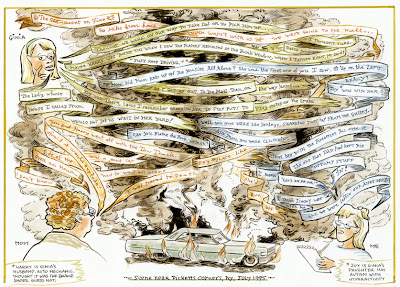 The #1 reason I want at least one of those Eisner noms to turn into a win - my sister Ginia. When I told her about the nominations, she was so uplifted by the news over there at the hospice place.

You have often seen her depicted in my comics. She came with me to San Diego in 2010. I hope this video loads. She cracked me up. Remember,  she has a PhD in Inter-Religious Studies and heads the Masters Program at St. Mary-of-the-Woods College. Studied at Oxford. She’s also a former nun and currently a Sisters of Providence Associate.

The video starts out as Ginia goes out into the Comic Con lobby dressed in her nightgown & swag-bag accessories . . .     Dammit! The video will not load. So for now, this page from You'll Never Know, where she & Mom and I are having a conversation will have to suffice. She's on the upper left corner, her color is green. I'm blue, Mom's orange.

And it was all Yellow 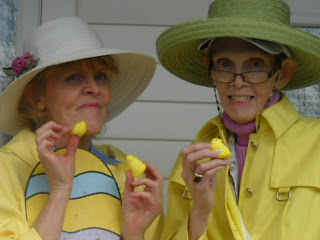 My sister is so skinny that she has to wear a baseball cap to keep a hat on. Note how her college ring just hangs there. F#ing cancer.

Despite all this, she's got a great smile and deep faith. I have to attribute my not falling completely apart to the practice of mindful awareness.

We always had a thing for Peeps.
Posted by Carol Tyler at 3:04 PM No comments: 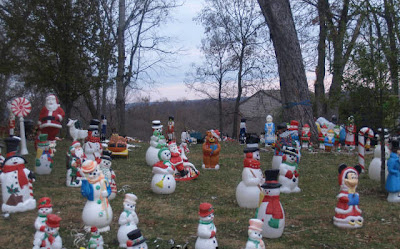 I came across an empty parcel of land for sale out in the middle of nowhere, and when I went to check into its history on the auditor's website, this picture came up.
Posted by Carol Tyler at 10:11 PM No comments: 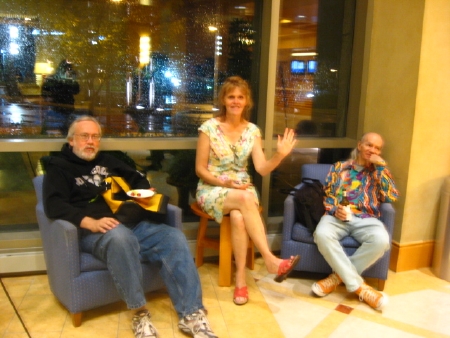 Kim Thompson and me and Jerry Moriarty having a wild time at SPX a few years back. Don't remember who took the pic. Identify yourself!!!
Posted by Carol Tyler at 12:19 PM No comments: